House of Cards is a TV show full of life lessons despite the deception and murders.

On Useful and Useless Suffering

The show begins with Frank Underwood putting an injured dog to death. 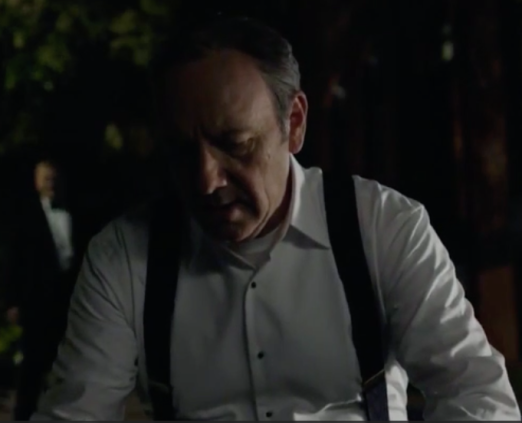 Moments like this require someone who will act. Who will do the unpleasant but necessary thing.

To live is to face suffering. Whenever we suffer it’s important to ask “Does this pain build character or can it be avoided?”

On Breaking Promises and Facing Disappointment

The nature of promises is that they remain immune to changing circumstances.

However, in life we have to expect problems and eat them for breakfast.

Expect promises to be broken and friendships to fade away.

Frank is angry when he’s passed for promotion as Secretary of State. The show shifts to a Sunday school scene where a pastor tells the congregation we should be grateful for our successes. But we should never let our gratitude sour into pride. You’ll face many challenges in life.

A person’s character is not shown by how he enjoys victory but he endures defeat. Nothing helps you endure dark times than having faith.

What is faith if it does not endure when we are tested?

Anger comes from having ideal expectations and not being able to accept harsh reality. For example, we get angry when driving behind a slow driver or a driver cuts in front of us suddenly. So in traffic, expect the possibility of traffic jams and delays instead of getting to your destination on time.

The road to power is paved with hypocrisy.

Nearly all men can stand adversity, but if you want to test a man’s character,  give him power. – Abe Lincoln

A tyrant who pursues power for the pursuit of power is ultimately lonely. He loves and trusts only himself. He’s blinded by pride and consumed by ambition and greed.  He pushes away those who are loyal to him and those who stay next to him are flatterers or opportunists. He’s living the worst sort of life.

His life is a unstable house of cards not built like the house on the rock.

Everyone who hears these words of mine, and does them is like the wise man, who built his house on a rock. The rain came down, the floods came, and the winds blew, and beat on that house; and it didn’t fall, for it was founded on the rock.

Everyone who hears these words of mine, and doesn’t do them will be like a foolish man, who built his house of sand. The rain came down, the floods came, and the winds blew, and beat on that house; and it fell—and great was its fall.

Even if a villain does win, is his way of life actually the best?

No, Plato would argue that injustice in the soul is like a disease in the body. The quest for vengeance will devour your soul. The unjust person can not live with himself once he feels guilty. It’s better to be a just person with a clear conscious.

With great power comes great responsibility. Power should only be pursued if it allows the user an opportunity to do what is good and serve those around him.

Power is like real estate. It’s about location, location, and location.

A lot of power and happiness in life is about choosing friends we admire and respect. We influence our friends and our friends influence us. So we are the average of our five closest friends.

When the tit’s that big, everyone gets in line.

Human are social animals and wired for intimacy. We all want to be loved so we all pay for “sex” in some way whether it’s getting likes on facebook or hearing compliments from friends.

When Zoe Barnes goes to Frank’s house after 10:30pm to discuss an partnership with Frank, Frank replies:

It’s late. I hope you’ll understand that I’ll want to sleep on all this.

I never make such big decisions so long after sunset and so far from dawn.

The lesson here is to remember to get sleep every night. Bill Clinton has said that every decision he’s regretted, he made when tired. 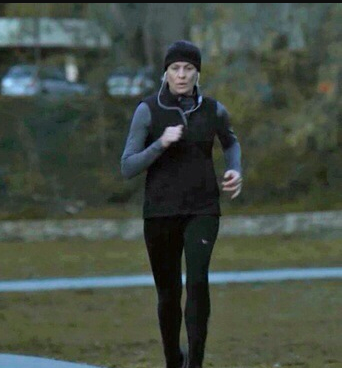 Remember to exercise each week! Put your mental health first.

Since life is tough, treat yourself to Freddy’s ribs. God helps those who help themselves. Those are lessons I’ve learned from the show. Feel free to post in the comments lessons you’ve learned.

To support this blog’s work:

To get blog updates emailed to you: http://eepurl.com/cLEYAv